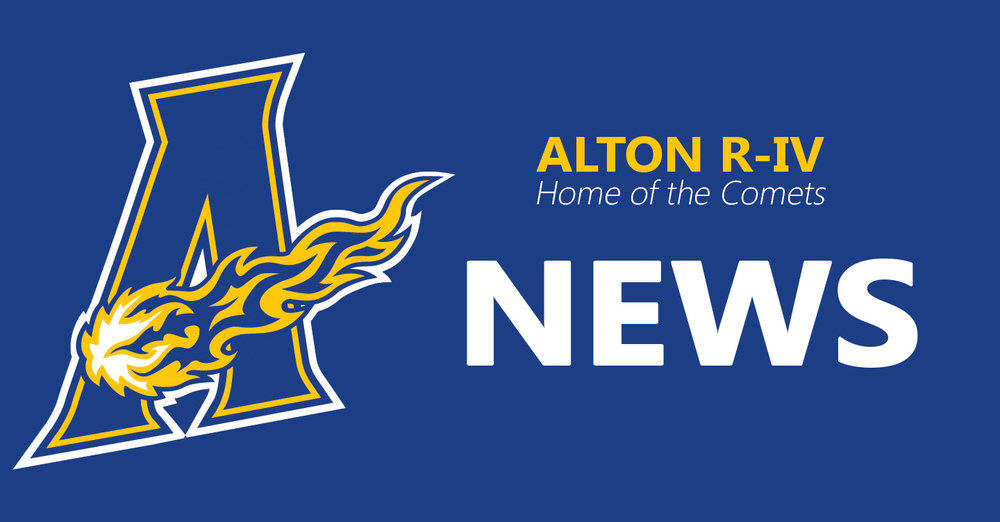 Most parents are aware of apps such as Facebook, Twitter, and Snapchat.  However, there are many, many more apps that students (and others) are accessing that allow them to post just about anything they wish.  The school was recently informed that one such app "After School" was using a version of our Comet emblem giving the idea that our school approved of this or monitored this particular app.

Alton School has only one app that is ours.  It is the one that was established through Apptegy/Thrillshare.  Alton staff members are the only ones who can legitimately post on this website.  Any other app that resembles ours has not been established by our school nor is it approved by our school.

After being made aware of the "After School" app, staff members were able to access it to see some of the posts.  And, we later had students coming in to show us some of them.  This site claims that it will immediately delete any negative posts.  It does not.  Additional apps or websites that may create concerns include Secret, Whisper, Poof, Yeti, 4chan.com, Snapchat/Snapsnare, Chat Roulette, Badoo, Vine, Kik, Messenger, Yik Yak, Blendr, Omegle, Down, Tinder, Dubsmash, Slingshot, Wishbone, Periscope, Phhhoto. Younow, and Find My Friends.  Calculator Plus appears as an actual working calculator program.  However, there is a secret photo vault within that program. These are just a few of the many social media programs that are now accessible.  (These titles may be altered slightly.)

Our goal at this point in time is to make parents aware of apps such as this that allow negative and detrimental content directed towards any student or staff member.  We are suggesting that every parent monitor their child's social media and encourage their child to not join in on the commenting and in fact, to delete such negative apps.

We have included an article that we found that gives instructions on how to delete an app from most electronic devices.

How to delete apps on Android and iOS

Apps are what make smartphones so useful, offering up a whole array of different mini-programs, allowing you to complete any action, be more productive and link your device with everything you need to work remotely.

But trends and technology change and although what might be powering your productivity now seems like the most novel idea in the world, in just a few months or years they can become useless, replaced by a bigger and better app.

See related
Android vs iOS: which mobile OS is right for you?
Best Android smartphones of 2018
How to upgrade your business devices to the latest version of iOS and macOS

Keeping these old apps on your device can use up vital space, so it’s a good idea to regularly review what you have installed on your device and delete any you no longer need.

Although it’s very straightforward to delete third-party apps downloaded from Google Play or the App Store (and to re-instate them) on your Android or iOS device, you do need to ensure that if they hold sensitive data, that information is also removed at the same time.

Here’s how to delete both pre-installed and downloaded apps on your Android or iOS device.

How to delete pre-installed apps on Android

Rather frustratingly, there’s no simple way to remove pre-installed apps from your device, without hacking into the core system (i.e. rooting) your Android phone. This is because the majority of the pre-installed apps are either necessary to running your device, or are branded apps straight from your phone's manufacturer, or Google itself, that they have no incentive to allow you to remove.

That means that there's no way to remove them from your phone altogether. If you want to stop them cluttering up your apps tray, however, you can stop them from showing up in your list of installed apps by disabling them. To do so, open Settings, select Apps and Notifications, tap the app you want to disable and then tap "Disable". You can turn it back on again the same way by selecting "Enable".

How to delete third-party apps on Android

If you’ve downloaded apps from the Google Play Store, you can very easily uninstall these from your device, either by heading to your apps drawer or via the settings.

The alternative is to delete the app via the settings. Head to settings > apps. Now select the app you want to delete and tap "uninstall".

To see whether the app has been uninstalled, you can venture to the Apps Store itself and search for the app. If it's previously been installed but has been successfully deleted, you will see the option to reinstall it here. If it hasn’t been removed from your device, it will show the option to open it instead.

Alternatively, you can head to the Play Store, tap the three lines next to the search bar and select ‘My apps and games’ from the top of the list. Choose ‘Installed’ if you want to see whether the apps you deleted are still installed on your device or ‘Library’ to see the apps you’ve deleted. From here, you can re-install them.

How to temporarily delete apps on iOS

If you want to temporarily remove apps from an iPhone or iPad that are taking up space, without losing all the data associated with those apps, you can take a look at the Offload Unused Apps settings, which will remove the apps you don’t use, without removing the data. This means when you re-install them, the data will be restored.

How to permanently delete apps on iOS

Thankfully, after years of users begging Apple to let them download useless apps like Stocks, the company now finally allows users to permanently delete certain apps that come pre-installed with iOS. Note that your device must be running iOS 11 in order to delete built-in apps, and there are some (including Messages, Wallet, Clock and Safari) that can't be deleted at all.

There are two ways you can remove pre-installed and third-party apps from your iOS device. The fastest way is to tap and hold the app you want to remove from the home screen. All of the apps will start jiggling and an ‘x’ will appear in the top corner of each one. Just tap this to uninstall the app or apps you no longer require from your device.

If running out of memory is your main problem, you can how much space apps use up on your device and delete those that you don’t use anymore (or take up the most space) by heading to settings > general > iPhone Storage. A list of everything you have installed will appear. Just select the one you want to delete, then choose ‘Delete’ to remove it from your phone’s storage.

A third option (using iTunes to add and remove apps) was discontinued with the iTunes 12.7 update, but if you’re still using an older version of iTunes, you can use it to delete the apps on your device.

You can easily find out whether the apps have been deleted from your iPhone be heading to the App Store on your iPhone. Select ‘Updates’, then ‘Purchased’ and then ‘Not on This iPhone/iPad’.

Here, you will see a list of the apps that you’ve previously purchased but are not on your iPhone. You can also re-install them from here, by clicking on the download arrow next to the app name.