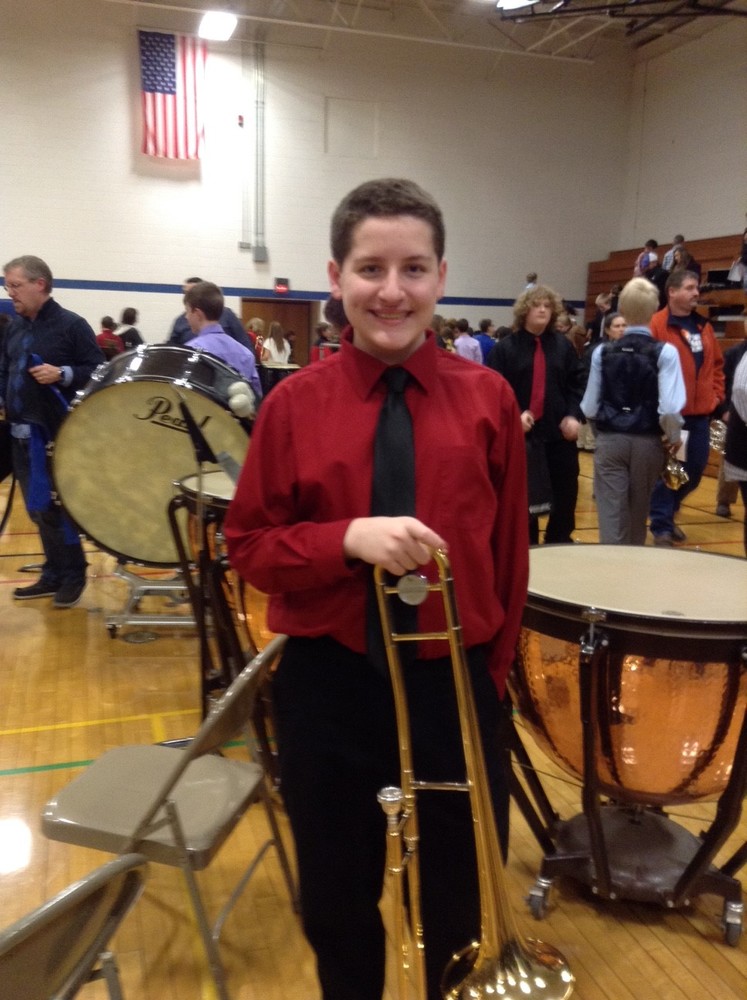 Cordell Hufstedler recently received an Honorable Mention Award in the Creating Original Music Project (COMP)competition at the University of Missouri. Hufstedler entered the statewide competition that recognizes Missouri students (K-12) who compose original works in a variety of musical styles. The composition was to be written for no more than eight performers and had to be 1-5 minutes in length.

The name of Hufstedler’s piece is “Dur Onstalt”, (properly pronounced: Dur Onstait {stait rhymes with light}) which is German for The Asylum. It could be classified as a classical piece, but it also features many experimental chords that are not usually used in music.

Hufstedler adds, “The alto saxophone holds the melody for much of the song while the piano plays the main chord of each measure and the other instruments provide harmony.”

Dur Onstalt was composed for the Alton Band, which includes the flute, clarinet, alto sax, trumpet, baritone, and piano. You may notice a few minor additions when it is played at the spring band concert. Another piece will also be performed, which is a piece for a trio comprised of flute, clarinet, and trombone, called “Desolation”.” Congratulations, Cordell!